Archive for the tag “French”

The August & September reading report is a little short, especially considering that it represents two months.  I just finished a book that I really enjoyed – A Dictionary of Mutual Understanding – but will adhere to my rules and not talk about it till the next reading post. 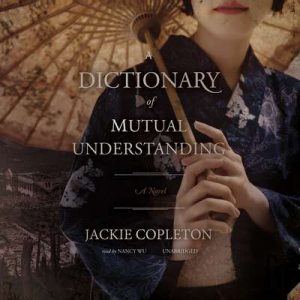 I currently have three books that I am reading among any others that grab my attention:

Whenever I pick up the How to Bake Pi book, I almost feel my children (who both are very good at math) rolling their eyes. I happen to like baking and other activities that are mathematical (like knitting and beading), but I am truly math-phobic. I am hoping that this book removes some of that inner belief that I am not good at math.

The writing style and the story of The Door remind me of The Elegance of the Hedgehog. Both are about a woman who does not share herself with the public, and keeps secrets about who she is and what she thinks. I’m not that far into The Door yet, but so far so good!

I’m really just in the second chapter of S.P.Q.R., having read about it in a NY Times book review. I visited the Roman Forum ruins in Rome a couple of years ago, and then saw J.M.W. Turner’s painting of it at an exhibit in the Getty. What struck me was that Turner had visited it about a century before I did, yet it looked exactly the same! How old was this setting that it was actually a ruin over 100 years ago? 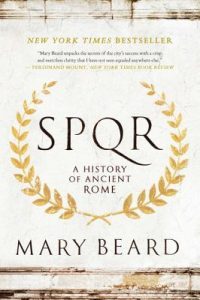 S.P.Q.R. is a difficult read because it’s almost like reading a research paper and the author tries to be fair and bring in many historians’ perspectives, but it’s still fascinating. And it is still relevant to today’s world as I’ve already had the chance to use some of the material in everyday conversation!

But all 3 of these books take concentration, so I do get distracted by lighter books.

Because my reading pleasure was a bit lackluster, I am happy to report I did not buy many of them!

I had downloaded a sample of I’ll Drink to That: A Life in Style, with a Twist and liked it so much that I bought it, and then sent it to a friend when I was done. I enjoyed Betty Halbreich’s sharing of her personal story – the memories, the recounting of a childhood, her growing up and young adult life, as well as the inside story of the fashion industry.

When in French: Love in a Second Language was a gift for a friend who is kvelling that her son is learning French in high school.  Les Français est vraiment coule on her Facebook page and text messages! (Mes excuses à toute personne d’expression française lecture de ce post.)

Finally, I just have to share about The Boy in the Suitcase because I had that book on my wish list for the longest time and finally read it. I also like to read books that are part of a series, so if I like it, I know there are more to read. This Nina Borg series is not on that list. The book was well written and believable. The ending was a bit of a surprise, but not in a “that author just threw that in there” kind of way. The reason I won’t be reading any more is that Nina Borg is a narcissistic, unthinking character. She makes choices that are not in the best interest of her family or herself. I had to push myself to finish the book because I did not want to share my spare time with a woman who made poor choices. The story line, save for the main character, was good. Don’t you hate that?

0
Posted in Reading and tagged French, I'll Drink to That, reading, SPQR | Leave a Comment