Archive for the tag “knitting swift”

I ended up not purchasing a swift in the VKL Marketplace because I didn’t need nor want to spend the money for a top-of-the-line handmade maple one.  A friend helped me pick one online at JoAnn’s, which also happened to be having a 40% off sale when we were looking.

Last Saturday, I focused on putting it and the ball winder together and testing it out. 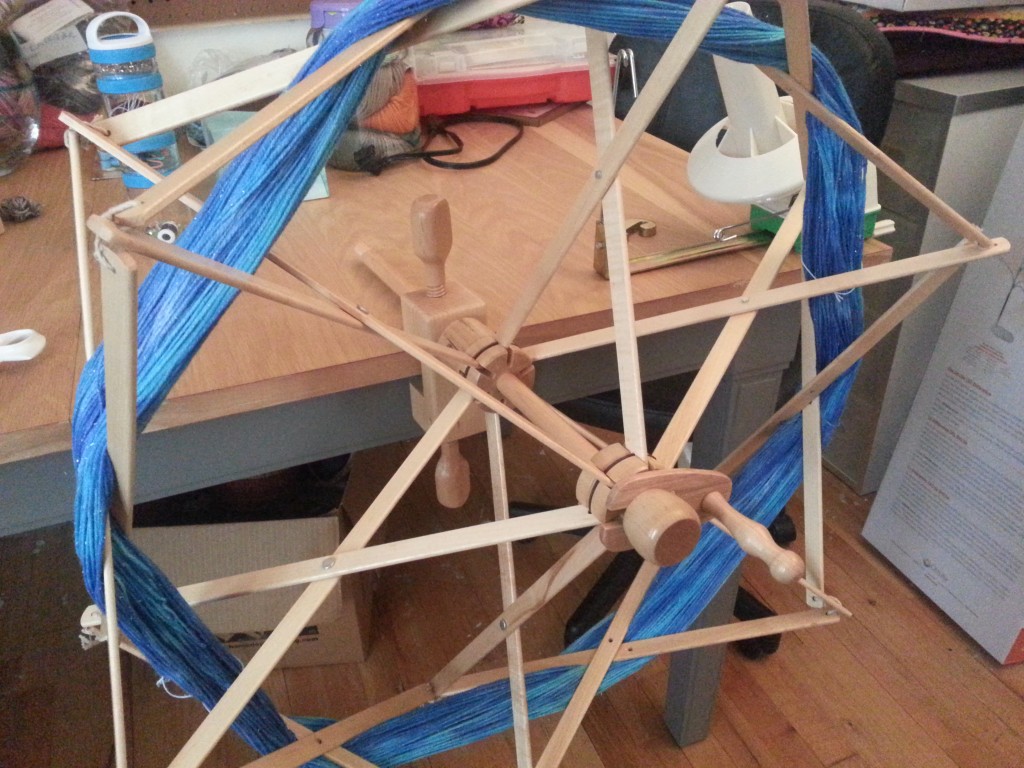 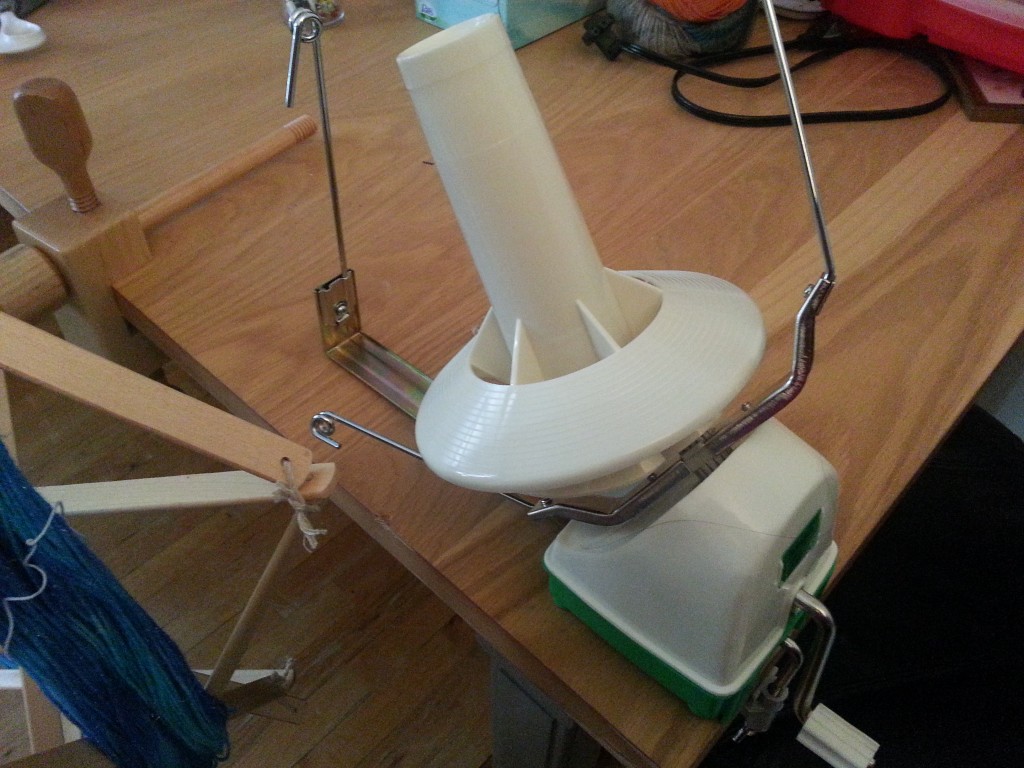 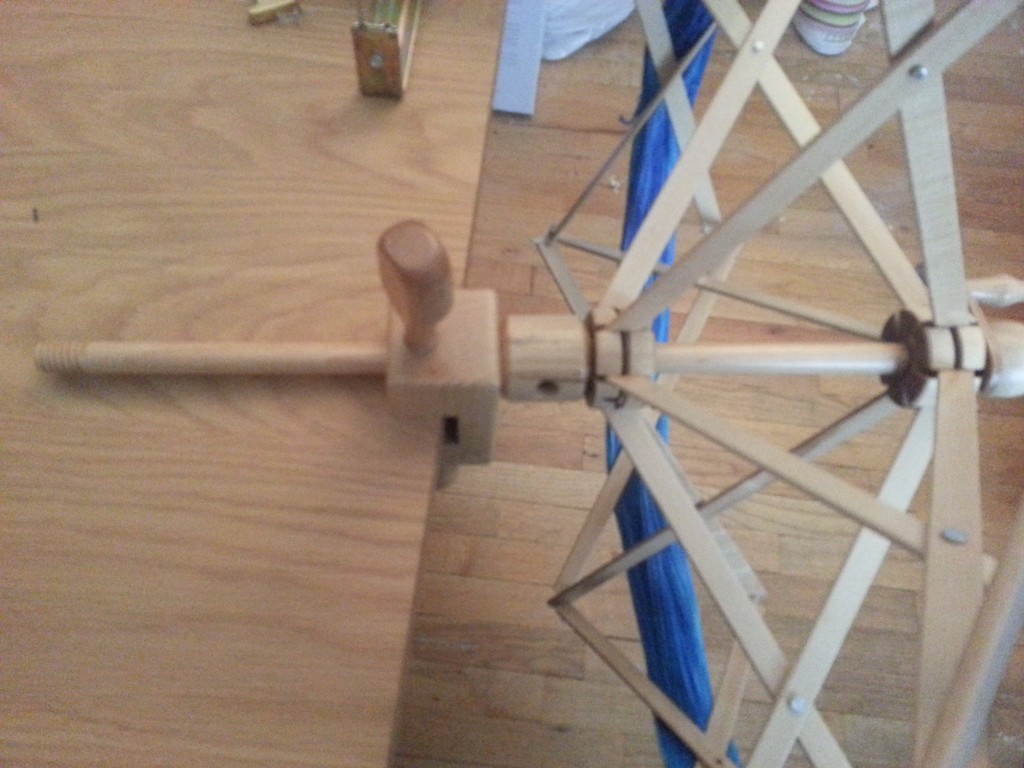 This swift tightens its size by pulling in the pole rather than pushing out the stopper like an umbrella. The screw in the vise is tightened when the pole is pulled in at the right place.

Here is the yarn that I used. It may have been a mistake to use sparkly yarn in the trial run.  The sparkles made the yarn stickier and was catching on itself as it was being pulled. 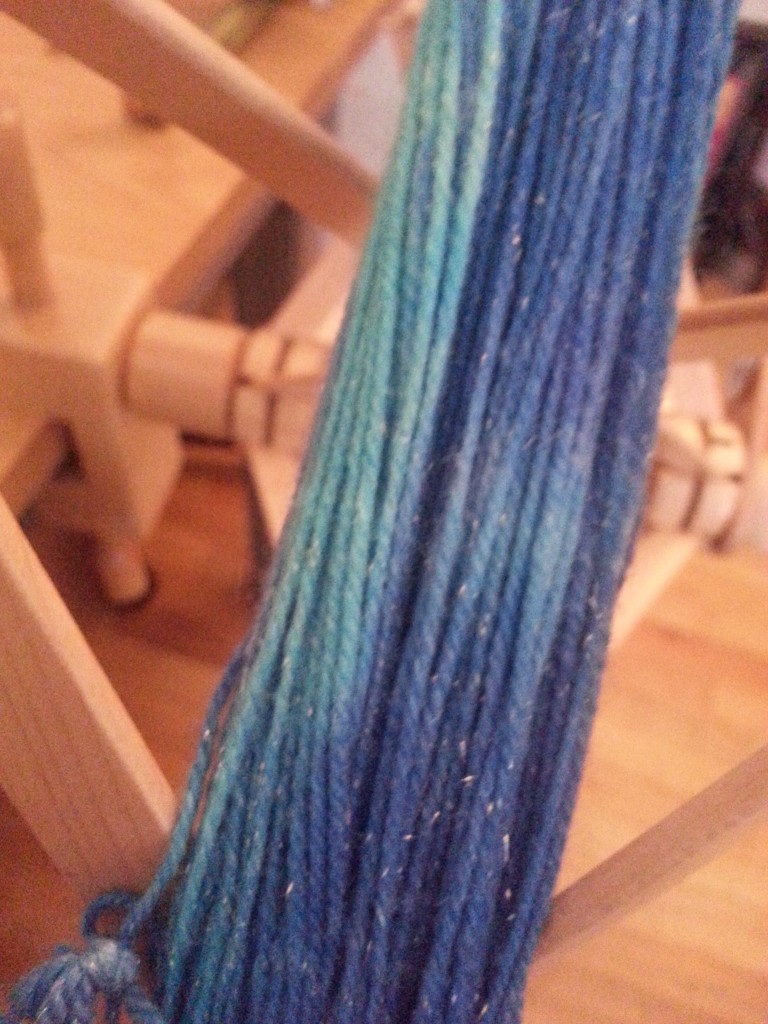 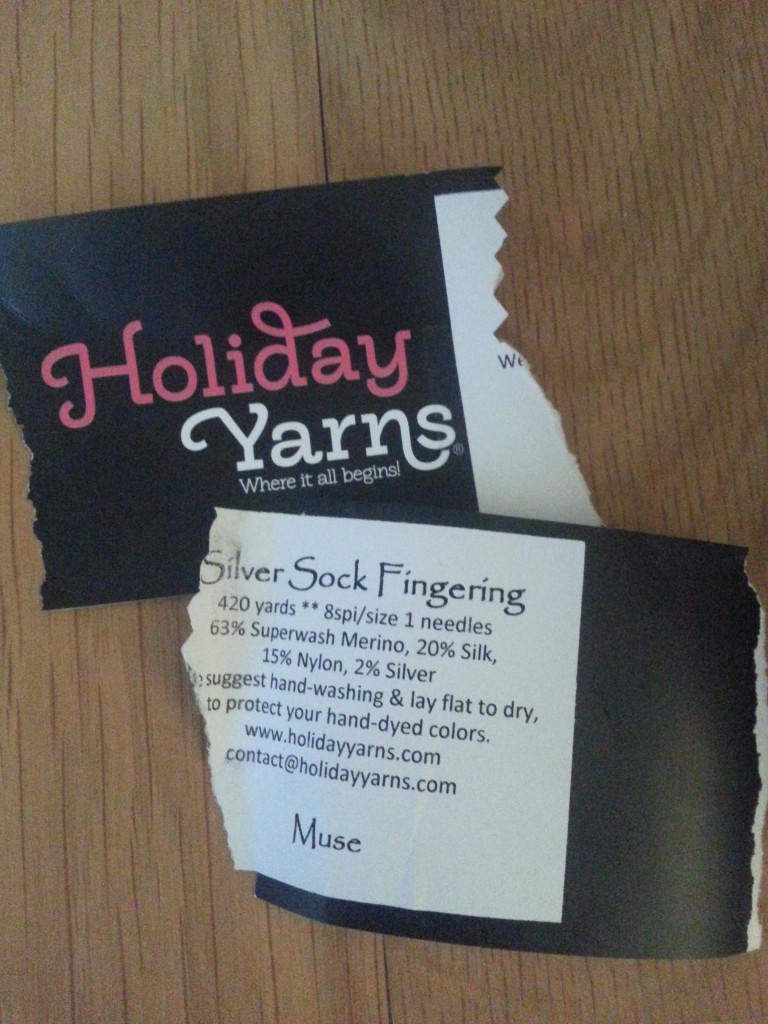 Yes, I know. It doesn’t really make sense. I should have done one or the other, but not both.  Where are those mathematically-adept people who understand angles and geometry when I need them?

Now the skein was moving clockwise but since I had moved the yarn, the loose end was no longer on the outside.  I had to pull lengths of the yarn out and crank the ball winder.  Then, since I was holding the yarn, it kept getting caught up either in the crank part or the yarn was coming out of the guides.

I told myself to Breathe.  And Focus.  And not think about how much time this was taking and is it really easier than just wrapping the yarn around one of the living room chairs?

Then. Finally!  We got to the part of the skein where the loose end was on top.  Let go of the lead. Crank the lever. 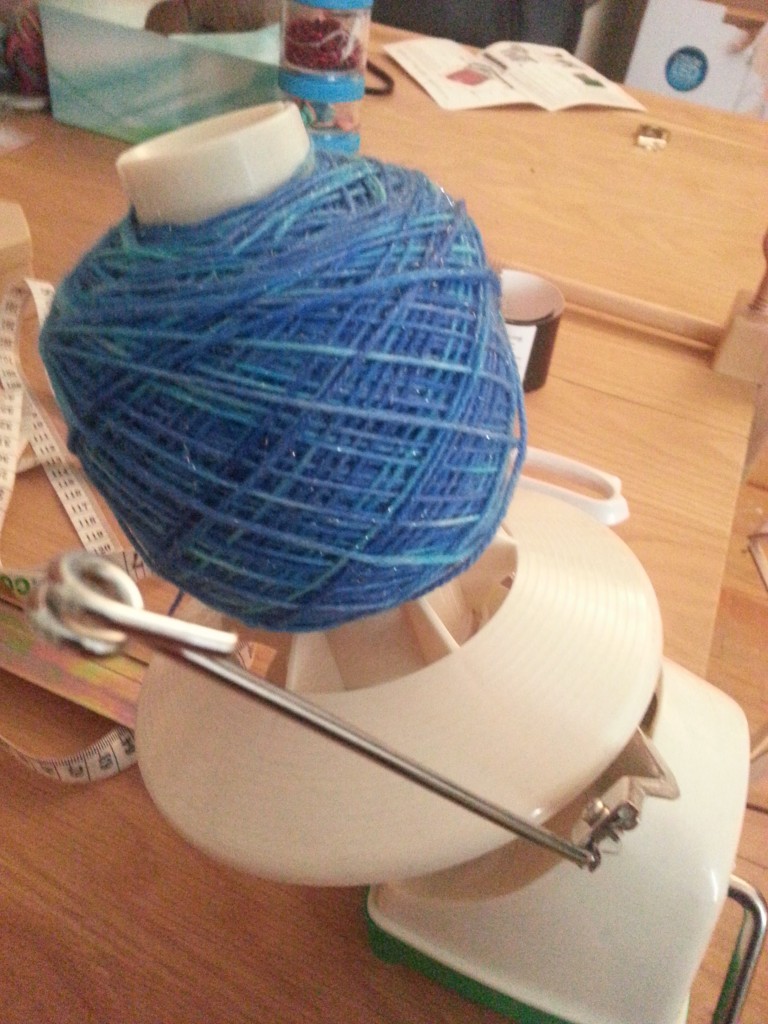